1. Origin of the Panther Chameleon

The panther chameleon (Furcifer pardalis) is a species of chameleon which originates from and is commonly found in the eastern and northern parts of Madagascar in Africa. Since it thrives in a tropical rainforest biome, it has also been introduced to Réunion and Mauritius and is known to thrive well in both places.

2. Discovered By a French Naturalist

The panther chameleon was first described by French naturalist Georges Cuvier in 1829. 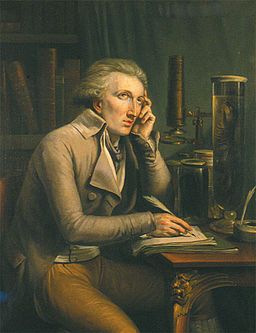 The panther chameleon belongs to the class Reptilia (reptiles like snakes and lizards), the Order Squamata (reptiles with scales) and the Suborder: Iguania (iguanas).

Its conservation status is listed as being of least concern, due to its increasing population both in its natural habitat and in captivity. However, conservationists have noted that the animal can benefit even more from management measures that ensure that tracts of its forest biomes alongside roads and rivers are preserved.

5. 2,000 Chameleons are Taken Out of Madagascar Every Year

About 2,000 panther chameleons are taken out of Madagascar in a year. This quota was set by the Convention of International Trade in Endangered Species (CITES) in 1999, in order to ensure that the animal does not get depleted in its natural habitat. Before then at least 15,000 panther chameleons were being taken out of Madagascar every year which was a significant cause for concern before the quota was imposed.

7. Why is it called the Panther Chameleon?

The panther chameleon’s generic name (Furcifer) is derived from the Latin root furci meaning “forked” which refers to the shape of the animal’s feet. The animal feet comprises of 5 toes which are fused together to two groups. One group has two toes, while the other has three toes.

This gives the animal’s feet an appearance of tongs. The group of two is on the outside, while the group of three is on the inside. The panther chameleon’s fused opposite digits have sharp claws that enable the animal to grip trees like pincers which makes the animal an excellent tree climber.

The panther chameleon is called that because its specific name pardalis is the Latin word for “leopard” or “spotted like a panther”.

The chameleon is given that name because of peculiar markings on its body which looks like the stripes of a leopard. Since black leopards are called panthers and the chameleon lives in Africa and has black markings, it naturally became the Panther Chameleon.

8. The Panther Chameleon is an Arboreal Animal

The panther chameleon like other species of chameleons is an arboreal animal which means that it likes climbing on top of trees and shrubs both in the wild and in captivity.

The animal also has a long prehensile tail which it uses as a fifth leg which gives it balance when it is climbing trees and shrubs.

Like most species of chameleons, the panther chameleon’s head also extends at the back into a bony prominence known as a casque. The casque is made of muscle and fat and supported by bone. The casque begins to appear as the animal matures and it is often distinctive by the time the animal is eight months old.

Unlike veiled chameleons, panther chameleons do not use their casques to catch water. They still cannot drink from standing water; rather they only drink water when it is dripping off the leaves. See more: Can Chameleons Drink Tap Water? (Drinking System)

Panther chameleons are regarded as one of the fastest in terms of ability to change color to suit their surroundings. Some males are reputed to be able to complete a color change in as fast as one to two minutes to court a female or to face a competitor.

13. Male Chameleons Have a Hemipenal Bulge

See more: Pros and Cons of Own Female or Male Chameleons

16. Most complex member of the chameleon species

Unlike most other chameleons species where individuals have more or less the same base color, panther chameleon coloration is very complex and may vary depending on the location where the individual chameleon is.

The different color patterns of panther chameleons are commonly referred to as ‘locales’, which are named after the geographical location (in Madagascar) in which they are found. Panther chameleons from the areas of Nosy Be, Ankify, and Ambanja are usually a vibrant blue, while those from Ambilobe and Sambava are red, green or orange.

The areas of Maroantsetra and Tamatave yield primarily red specimens. Numerous other color phases and patterns occur between and within regions.

The color dimorphism is only found in male panther chameleons. Females generally remain tan and brown with hints of pink, peach, or bright orange, no matter which locale they happen to be in. However, like males of the species, there are also slight differences in patterns and colors among the different color phases and locales.

As opposed to the features of other chameleons, the Panther chameleon’s eyes function as a gun turret. The upper and lower eyelids are joined, with only a pinhole large enough for the animal’s pupil to see through.

They can rotate and focus separately to observe two different objects simultaneously. Their eyes move independently from each other. It in effect gives them a full 360-degree arc of vision around their bodies.

When prey is located, both eyes can be focused in the same direction, giving sharp stereoscopic vision and depth perception. The panther chameleon has extremely keen eyesight for a reptile.  Its eyes are so sharp that it can see small insects from as far as 5–10-m away. Also, unlike many other reptiles, Panther chameleons can see in the Ultraviolet light spectrum.

Panther chameleons have very long tongues which can sometimes be like one and a half times as long as their own body length, which they are capable of rapidly extending out of the mouth. The tongue extends at around 26 body lengths per second and it hits the prey in about 0.0030 sec.

The tongue of the panther chameleon is a complex arrangement of bone, muscle, and sinew. At the base of the tongue, a bone is shot forward, giving the tongue the initial momentum it needs to reach the prey quickly.

21. How Does the Panther Chameleon Catch Prey?

The panther chameleon has at the tip of its elastic tongue; a muscular, club-like structure covered in thick mucus forms a suction cup. Once the tip sticks to a prey item, it is drawn quickly back into the mouth, where the panther chameleon’s strong jaws crush and eat it.

The panther chameleon’s rate of color change and choice of color to change to is affected by temperature, mood, and light.

Depending upon their range, the panther chameleons will primarily eat diverse type of worms that are available in the wild, as also insects like crickets, grasshoppers, roaches, etc.

Chameleons are at the bottom of the food chain. Snakes, birds such as shrikes, and horn-bills, and sometimes, even monkeys also prey upon the panther chameleons.

25. Panther Chameleons Have No Natural Defenses

The only method of defense they have is their keen eyesight and their ability to change their color to match the plants and shrubs in their habitats so that predators cannot detect them.

Like most species of chameleons, the panther chameleon is very territorial. Even though there are bad tempered individuals, the animal is regarded as one of the most placid of the chameleon species.

The panther chameleon spends the majority of its life in isolation. The only time it allows any chameleon of any species or gender to come close to it is when it is with a female during mating sessions. See more: Can You Put Two Chameleons Together?

When two males of the species come into contact, it is common to see both animals change color and inflate their bodies, attempting to assert their dominance. The battles end at this stage, with the loser retreating, and turning into drab and dark colors to show its admission of defeat and submission.

Occasionally, the displays result in physical combat if neither contender backs down. Color changes in panther chameleons have diverse meanings. Yellow means anger and aggression, Cyan/Blue is a sign that the male chameleon is trying to impress a female, green signifies comfortability and relaxation while lighter colors mean it is interested in breeding.

Don’t do this to your Cham.

30. When Do Panther Chameleons Reach Maturity?

31. When A Female Panther Chameleon is Gravid?

When gravid or carrying eggs, the female panther chameleons turn dark brown or black with orange striping to signify to males that they have no intention of mating. At this point, the female chameleon will turn uncharacteristically aggressive and attack any male that comes close to her.

The coloration and pattern of a pregnant female Panther chameleon depend on the color phase of the chameleon and the locale it is in. This has been used to distinguish between locales. See more: 7 Things You Need to Know About Baby Chameleons.

The baby Panther chameleon is called a hatchling and it does not come with the ability to change colors. It develops that ability when it gets to maturity at between 5 to 7 months. See more: 7 Things You Need to Know About Baby Chameleons.

Opening the mouth wide is a part of the panther chameleon’s normal activities. Chameleon owners have reported that these chameleons often yawn like humans, and this happens especially in the morning.

Even though a male would often be aggressive to and fight with other males, they often run and hide or change color to match their surroundings when attacked by humans or predators.

However, some bad-tempered individuals in captivity have been known to bite their owners. When threatened, or angry, the panther chameleon might emit a hissing sound.  Zoologists and chameleon owners have also reported that individuals emit a sound that sounds like human snoring during sleep. See more: Don’t Worry about Chameleons’ Bite!

36. The Panther Chameleon In Movies

Pascal the chameleon portrayed in the Disney Movie “Tangled” looks most like a Panther Chameleon.

Contrary to the popular belief, panther chameleons (or indeed chameleons of any species) cannot change color to match every environment they are in.

Panther chameleons, like other species of chameleons, have a natural color range with which they are born, and that color range is limited to and dependent by their species.

A panther chameleon’s color is determined by the locale it belongs to. For example, if the color purple is not among the range of colors that the chameleons in that locale can change to, an individual in that locale will never be able to turn purple. Thus, a panther chameleon, for example, cannot alter its color to match a chessboard despite what Youtube videos will have you believe.

Most panther chameleon keepers keep these beautiful and exotic animals for the purpose of being able to watch them and be pleased by their aesthetics.

Hope you find this post interesting and helpful. If you find anything wrong or outdated, please leave your comment below. I’ll update it as soon as possible.

We are a passionate group of writers and researchers who write about pet chameleons.
Welcome to the site and we hope you find what you’re looking for.